What are the most accessible video-on-demand services?

With consumers increasingly turning to their computers and mobile devices to watch TV programs and movies, the accessibility of video-on-demand services is becoming a critical issue for those who rely on captioning or audio description. 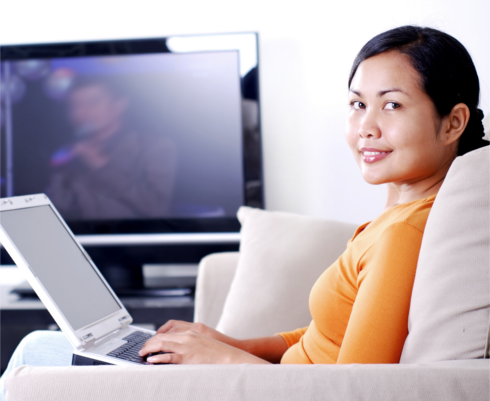 Media Access Australia’s report Access on Demand, which was released last week, highlights the vast differences in the accessibility of VOD services available in Australia.

In terms of captioning, the subscription VOD service Netflix is way out in front, with close to 100 per cent of its content captioned. This can be attributed to two factors: legislation and litigation.

In the US, legislation introduced in 2010 ensures that any program broadcast on TV with captions most also be captioned when distributed over the internet. In addition to this, a suit was brought against Netflix by the National Association of the Deaf in 2011, for failing to provide captions on much of its content.

A settlement was eventually reached, with Netflix agreeing to caption all content by the end of 2014. In contrast to this, none of the other subscription VOD services, including Stan and Presto, offer any captions at all.

Netflix is also notable for recently introducing audio description on some of its titles. On the downside, Netflix’s website remains inaccessible for blind and vision impaired consumers who use screen readers.

The situation with captioning on the transactional VOD services (which offer content that can be purchased or rented) is overall somewhat better than the subscription services. The report found that 48 per cent of movies and 79 per cent of TV programs on iTunes have captions, and the figures are similar for Google Play and Xbox Video.

Of the five free-to-air catch-up TV services, only three currently provide captions. The ABC’s iview, which has the most content of the catch-up services, was also found to have the highest level of captioning (63 per cent). SBS Online followed, with 32 per cent of its English-language general entertainment content being captioned, while the figure for the Seven network’s Plus7 was 7 per cent. Nine’s 9Jumpin and Ten’s TENplay do not yet provide captioning.

While the last few years have shown an improvement in the levels of captioning on VOD services, there is still much work to be done. The report recommends that captioning be introduced on all catch-up TV services by the end of 2015, and all VOD services by the end of 2016. If this is not done voluntarily, the Federal Government should make this compulsory by legislation.

The report also hails the trial of audio description on iview, which commenced on 14 April, as an important development which should provide much useful information about the delivery of the service online. Prior to this trial commencing, four British catch-up TV services were the only ones in the world to provide audio description.

The full report can be downloaded from the Access on demand: captioning and audio description on video on demand services email form.