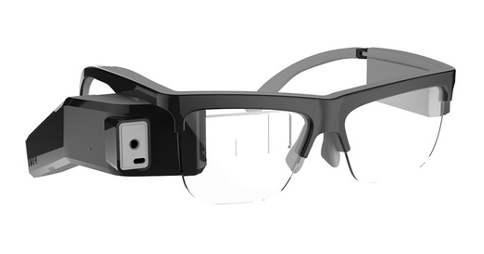 Developed in partnership with IT service provider Atos and technology developer Optinvent, the AR glasses allow festival-goers to translate live performance dialogue into three languages (English, French and Mandarin) and adjust caption positions according to personal preference and comfort level.

On the device’s debut, creator Theatre in Paris states via its website that “this technological innovation revolutionises the theatre experience and promotes the spreading and influence of French creativity: now, the magic of French theatre in its original language can be made accessible to audiences worldwide”.

The AR glasses which debuted in Avignon are not the first demonstration of personalised live-captioning technology, with Sony’s Entertainment Access Glasses proceeding through successful testing and implementation for cinema in 2013. In a similar vein, the Go Theatrical app provides real-time caption delivery to attendees of live events through their mobile and tablet devices.

The Stage reports that Theatre in Paris will begin marketing the glasses to theatres and arts organisations around the world as a ‘ready-to-use package’ within the next 12 months, and it is particularly interested in the “vibrant theatre scenes in London and New York”.

The University of Avignon is researching user response to the AR glasses at the festival and will publish its findings later this year.