The Australian Communications Consumer Action Network (ACCAN) has formed an alliance of organisations which is calling for online videos to be provided with accurate, readable captions. 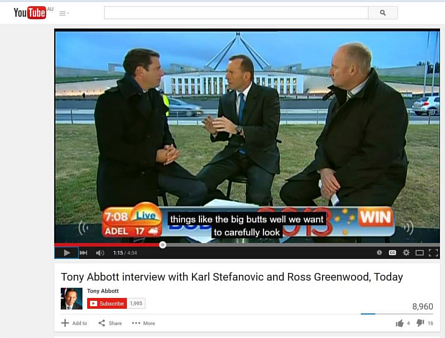 In a media release, ACCAN notes that many Australian websites – including the websites of politicians, political parties and government agencies – often have YouTube auto-captions which are created using speech-to-text software and are notoriously unreliable. Some examples of poor auto-captioning can be seen on a Facebook page created by ACCAN.

“Bad auto-captions are not only inaccessible, but they reflect badly on organisations and make their videos look like an unintended joke,” said Wayne Hawkins, ACCAN’s Disability Policy Advisor. The alliance has sent letters to Federal Members of Parliament and major political parties, calling their attention to the issue.

While YouTube auto-captions are often poor when first created, they can be edited by video owners to correct mistakes. For more information on this and other easy captioning methods, see How to caption a YouTube video.