Artificial intelligence in the home with Amazon Echo

The Amazon Echo is a newly released device that could greatly benefit people with vision or motor impairments, but its usability in Australia is currently very limited. 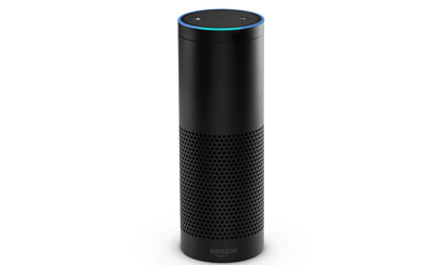 Amazon has released a new device for the home that could potentially help people with vision or motor disabilities. The Amazon Echo is a voice-activated speaker that listens for commands in the room it’s placed. The device is a cylindrical shaped object that can detect spoken words in the room and make a response, with Amazon featuring its ability to respond to questions, play music, or even order a pizza or Uber transport. The brains inside the cylinder is Alexa, an artificial intelligence with a similar quality to Apple’s Siri.

The device connects directly to the mains of the house and its Wi-Fi connection to allow Alexa to access the cloud and locate information. The Alexa app for smartphones is used to install what Amazon call ‘skills’ for Alexa, which are made by Amazon and third party developers to increase the functionality of the artificial intelligence. This includes music streaming apps like Spotify and Pandora, being able to announce the news and weather, create shopping lists, and also comical and gimmicky skills like having Alexa tell cat facts.

This device has the potential to be extremely useful for those with vision or physical disabilities, as it allows a user to very quickly receive information or activate commands that may take a long time or be inaccessible on a typical computer. The accessibility of the Alexa app is still unclear, but technology reporting website CNET has stated that the downloadable Alexa ‘skills’ require better organization due to the ever-growing amount available, which shows that the app may not be very usable.

There is also a concern for Australian users of the product as some of the functionality may not be as effective here as in the US, such as Australian news channels being unavailable, the inability to use time or geological -based skills and the requirement for a US iTunes account. There is currently no word from Amazon announcing when a localised version of the product will be available.

The Amazon Echo retails for $180 USD, but is not currently available to purchase in Australia, and does not have localised support. Amazon have also announced cheaper alternatives to Echo, Amazon Echo Tap and Amazon Echo Dot, which are $130 USD and $90 USD respectively but are less featured.