Television channels in the UK continue to deliver access at much higher levels than the regulated quotas. All channels are covered by the access requirements and any exemptions are generally due to very low levels of audience share. 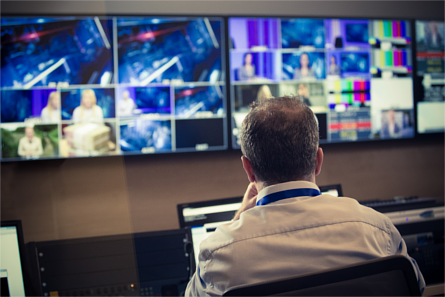 The latest report covering access levels for 2015 from the UK regulator Ofcom shows that every domestic channel met each of their captioning (called “subtitling” in the UK), audio description and sign language quotas.

In many cases these quotas were significantly exceeded, especially for audio description where the highest required quota is 10%, with many channels performing three times that amount.

For the last two years, non-domestic channels based in the UK but broadcast in Europe also had to comply with access requirements, with all but one channel meeting and generally exceeding the captioning and audio description requirements.

The Travel Channel broadcasting to Poland did not report on providing any access services. Ofcom is now urgently meeting with them to outline its obligations and discuss penalties and compliance issues.

There were a number of channels that had underprovided in the previous year and made an undertaking to make those shortfalls up in 2015. In all cases this was achieved.

Media Access Australia CEO, Alex Varley, sees the UK model as transparent, practical and both delivering for disabled consumers and ensuring a level-playing field for television networks. He also notes that all television channels are treated the same way, without the situation in Australia where free-to-air multichannels are effectively exempted from captioning requirements and there is no audio description service.

“The regular clear reporting from Ofcom means that any problems are quickly identified and steps are taken to fix them. Generally there is over compliance which means that disabled viewers get better access. It is a model that should be adopted in Australia.”

There have been some recent discussions in Australia around the ways that captioning regulations could be changed, including proposals to reduce the amount of reporting by television stations.

The Department of Communications issued a discussion paper in December 2015. The responses to this consultation will be used to help frame future policy review, including a required review of captioning regulations that are part of the Broadcasting Services Act by the regulator, the Australian Communications and Media Authority (ACMA). The review must take place this year.

Australian caption compliance reporting takes place annually based around the financial year. According to the report for 2014-15 from ACMA, the Australian channels filled the quotas and in some cases exceeded them.