The organisation Action on Hearing Loss has expressed disappointment at the U.K. Government’s failure to set targets or introduce legislation for the provision of access services (captions, signing and audio description) on video-on-demand (VOD) services. 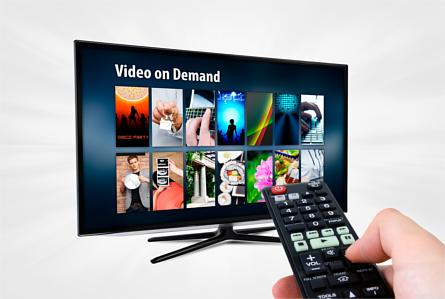 In July 2013, the Authority for Television on Demand (ATVOD) announced that it would be monitoring the levels of access on VOD services, and if clear progress was not made over the next three years, then legislation would be considered. ATVOD released its final annual report in December 2015. This found that, out of 90 VOD services that reported to ATVOD, 20 were now providing captioning (up from 17 in 2014), 4 were providing audio description (up from 3 in 2014) and 4 were providing signing (up from 3 in 2014).

Last month, Ed Vaizey, Minister of State for Culture and the Digital Economy, wrote to Action on Hearing Loss, saying that a thorough analysis of ATVOD’s 2015 report and meetings with platform operators, content providers and broadcasters “indicate that progress is being made and looks to continue with the development of innovative solutions. On that basis, Government takes the considered view that the 2013 commitment is being met; we therefore consider that the introduction of legislation and the prescription of targets could have a detrimental impact on what the sector has shown it is able to achieve on a voluntary basis.”

Action on Hearing Loss has questioned the Government’s decision and the claim that real progress is being made. The organisation notes that, “It has only been mandatory for video-on-demand providers to report on their provision of access services since 2014, and, between 2014 and 2015, we saw the number of providers offering access services increase from 17 to 22 (out of 90 providers) – a tiny improvement  of just 4%.” It also points out that little progress on accessibility services has been made by the major VOD set-top box operators Sky, BT and Virgin.

Paul Breckell, Chief Executive of Action on Hearing loss, has written an open letter to Ed Vaizey in which he writes, “I cannot see evidence of progress which our members and supporters would recognise as significant,” and requests that the Minister take part in a discussion between viewer groups, the regulator and industry.

In January 2016, the regulation of VOD services was passed to the main U.K. communications regulator, Ofcom.

As consumers around the world are watching less television and more video content online, the lack of accessibility on VOD services is a major concern for many. The U.S. is the only country which has dealt with this issue via legislation, with the 21st Century Communications and Video Accessibility Act 2010making it compulsory to provide captions on any material distributed via the internet which has been captioned for TV broadcast.

For more information, see our Video on demand page.